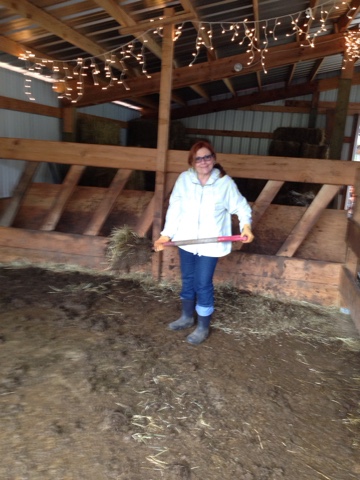 Another first in my life!  I told Tim I would help him shovel manure out of the barn stalls because he really shouldn't be doing that - anyway, I don't feel comfortable having him do that.

Anyway, he was floored when I showed up with my boots and gloves on ready to help. He whipped out his phone to take pictures as proof because he said no one would ever believe him!  Ha! 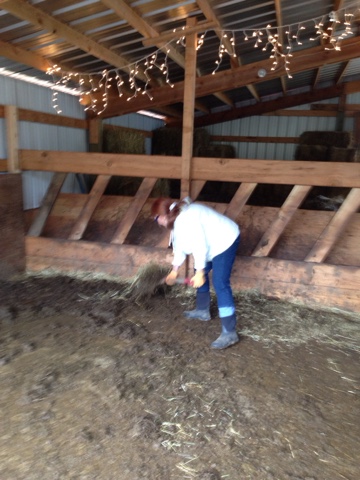 It is hard work but I got through it.  This old heart was pounding pretty good though. 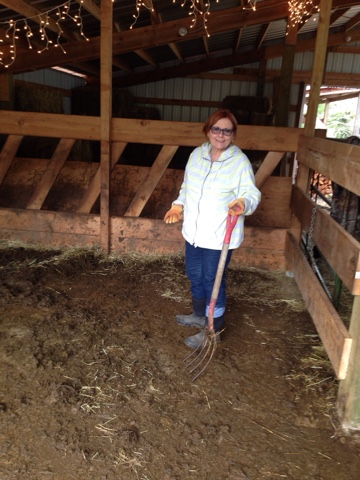 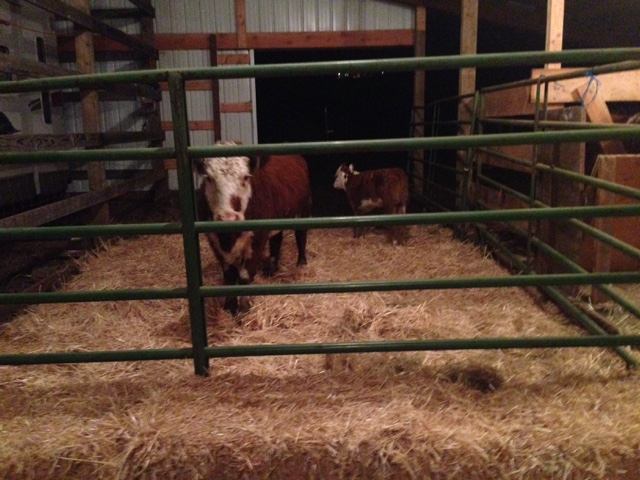 But what a feeling of accomplishment when it was finally done!

You might remember from an earlier post that we let the calf out into the pasture when she was very small.  That only lasted a week.  She was not accepted by the 12 month old Heifers and they went out of their way to be mean to her.

In no time at all the poor little thing was afraid of everything and everyone - including us.  I was heart broken.  So we put her and her Mama back into the barn and gave them access to a portion of the yard.

And there they stayed until last week. She is almost two months old now.  When we let them back out she was hesitant to go with her Mama.  Tim had to chase her out.  But when she got out there she was ecstatic!  I took videos of her running free and stretching her legs. She was immediately accepted by the Heifers, it was very interesting.  Now they're all one big happy family.

Also, we sold the other cow to the neighbors.  The one we thought was pregnant.  Turns out she wasn't, but we were happy to sell her.  One less mouth to feed.